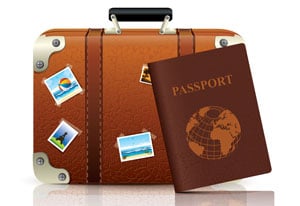 The simple answer is that a Canadian citizen can live in another country as long as they wish.

Canadian citizenship laws have recently been in flux. The changes have caused some confusion. Many people are questioning the stability of their citizenship and the possibility of it being revoked and whether living abroad could be the cause.

A person born in Canada cannot lose their citizenship simply on the basis that they are not or have not been living in Canada.

A naturalized Canadian citizen can lose their citizenship if they have been convicted of fraudulent activity in relation to their application for the citizenship process.

Citizenship can also be revoked in the case of crimes against humanity, terrorism, high treason, spying, or serving in the armed forces of a country that is at war against Canada.

The next step in the process is for the case management branch of the Immigration, Refugees and Citizenship Canada to review the information related to your case and then to make a ruling. You are allowed to make a written response, though a lawyer doing so on your behalf will be a better representation. A hearing may be required if there is some question as to the evidence on either side. Once they have made a judgment, you’ll receive a Notice of Decision.

During the process and until a decision has been reached, you retain all the rights and privileges of citizenship. You may not, however, apply to renounce your citizenship if you’ve already been served notice of the intent to revoke your status by the Minister.

If the end result is to revoke your citizenship, you will lose the rights and privileges of Canadian citizenship, taking effect on the date that the ruling was made.

The consequences can be different depending on what the reason for the revocation is:

More serious crimes, such as war crimes, crimes against humanity, terrorism, espionage, or other threats to national security, will be dealt with by the Federal Court. This also applies to citizens who were a part of a foreign military or another group that was at war against Canada.

If your citizenship is revoked, an appeal can be made to the Federal Court within 30 days. You should contact a citizenship revocation attorney to help with this process because it can be very complex.