HOW CAN WE HELP?

The IRCC will sometimes deny an application for family sponsorship. This simply means that the IRCC has refused a Canadian citizen or permanent resident their request to sponsor a close family member to immigrate to Canada. In this case, the sponsor may file an appeal through the Immigration Appeal Division (IAD) of the Immigration and Refugee Board in Canada (IRB).
Not all applications that have been refused can be appealed. A sponsor may not appeal if the application is denied because of:

When can you appeal? 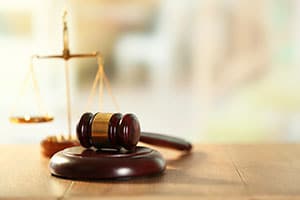 After receiving the refusal letter from the IRCC, the sponsor has only 30 days to appeal to the Immigration Appeal Division. The IRB has a special tribunal process where members make a decision after a hearing of the appeal. The hearing is adversarial in nature and two parties are involved in the appeal process, that is the appellant (person appealing) and the Minister’s counsel representing the IRCC. The appeal process is made public and the media as well as the general public can attend to witness the proceedings.
Sponsorship appeals that are allowed will generally result in the application being returned to the IRCC for further processing. The immigration department is bound by the decision of the Immigration Appeal Division, which has jurisdiction over family sponsorship matters. If they refuse to process the sponsorship application on other grounds, this decision could also be appealed to the IAD.
The IAD’s decision can be appealed to the Federal Court of Canada within 15 days of the decision being received in writing. Both the Appellant and the Minister of Immigration have the right to appeal to the Federal Court in order for them to conduct a judicial review. The Federal Court then makes a decision to either return the appeal to the IAD who will hold another hearing or to dismiss the case altogether.

What is the Alternative Dispute Resolution (ADR) process?

A sponsorship appeal can sometimes go through the Alternative Dispute Resolution (ADR) process. Staff at the IAD will pre-screen each appeal and will set down simple, straight-forward cases for ADR at their discretion. In this case, the Appellant together with the Minister’s counsel will sit and discuss the case with the help of a Dispute Resolution Officer (DRO). The purpose of the ADR is to try to resolve simple cases without the need for a full hearing. The ADR can help parties to avoid going for a hearing when they can both agree on a decision.

A simple breakdown of the sponsorship appeal process

Step 1: A Canadian citizen or permanent resident is denied sponsorship of a close family member or spouse,
Step 2: The sponsor (appellant) files an appeal to the Immigration Appeal Division of the Immigration and Refugee Board of Canada within 30 days of receiving the decision,
Step 3: The appeal may be sent to the alternative dispute resolution to avoid a hearing,
Step 4: If the case is not set down for ADR, or goes to ADR but is not settled, the case will be scheduled for a full hearing,
Step 5: The appeal is either granted or dismissed. If it is dismissed, the IAD’s decision may be appealed to the Federal Court.