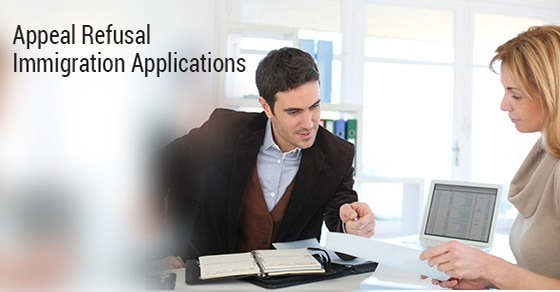 Step one of any refused immigration appeal is always the same: Get a good lawyer.

Lawyers’ lives revolve around knowing the law, arguing the law, and navigating the many hoops of the appeals process. A lawyer will typically appeal using the following channels:

This division accepts appeals from:

If any of those describe you, then you or your lawyer can launch an appeal with the division.

The most common type of appeal is a challenge to the facts or interpretation of laws that led to the decision.

Immigration agents are notorious for making mistakes and forgetting relevant facts, and it is common for applications to be wrongfully denied. This appeals process makes it possible to argue that mistakes were made.

In some cases, no mistakes were made, but the immigration agent still denied the application.

This can also be appealed, in certain circumstances.

Even if the immigration agent was factually and legally correct, the agent may have conducted the process in a way that violates natural rights.

For example, if the immigration agent violated your right to be heard, that agent may have violated natural justice. A lawyer may be able to argue that your claim was not properly considered.

Finally, appeals can sometimes be made on the basis of humanitarian principles. If the refusal endangered you or your family, you may be able to appeal it.

To launch an appeal, your lawyer or you will complete an appeal form.

If the appeal form does not reverse the decision, your lawyer can take it to a federal court.

First, the federal court will assess the strength of your case. If your case is strong enough, a federal judge will agree to hear you out. This is called granting “leave”. If leave is denied, then no hearing will be held in your case.

If a hearing is held, the court will consider the legality of the decision including whether the decision is reasonable based on the facts and was procedurally fair. If the court finds the decision was made in legal error, it will send it back to the decision maker to re-decide it.

Consult with your lawyer to determine if you should go ahead and press your case in court, or whether it would be better just to file a new application.

Your lawyer will help you identify the weak points in your application.

If possible, your lawyer will prepare a second application with additional information and documents. Although this means you have to start the immigration process all over again, it may increase your chances of eventually residing in Canada.

What is the Minimum Age you can Sponsor a Spouse in Canada?

Do You Need an Immigration Lawyer for an Appeal?