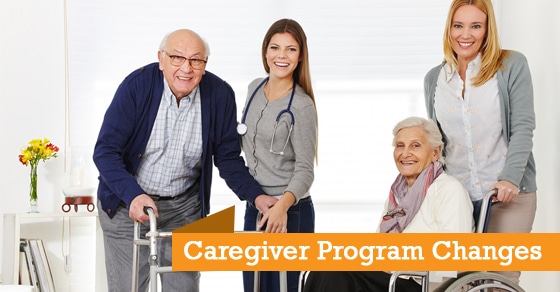 To say the country’s Caregiver Program has recently undergone notable changes is an understatement. As of late October, 2014, Chris Alexander, Canada’s Citizenship and Immigration Minister, stated that marked reform would be on the horizon for the long-standing program that is in place to aid those who act as caretakers for families.

Caregivers are recognized as a crucial segment of the Canadian economy at large, and as such the Immigration Ministry deemed it best to offer those who take up this role greater benefits as far as permanent residency are concerned.

Perhaps one of the biggest revisions to the existing program was the removal of the live-in requirement, which previously made it mandatory for caregivers to live in the home of the family they were providing services for.

A major reason for this change were the increasing reports of abuse; while most people acting in a caregiver capacity are welcomed and treated well by their host family, there have been numerous accounts of maltreatment by employers taking advantage of otherwise vulnerable providers.

The term “caregiver” has since expanded to include a broad array of eligible professions in the healthcare field. Upon the implementation of the new program changes, people working as registered nurses, licensed practical nurses, patient service associates, orderlies, nurse aides, home support workers, and more now have easier access to permanent residency.

Care can be provided in a patient’s (i.e. the elderly or individuals diagnosed with a disability and/or chronic medical condition) home or at a healthcare facility.

The benefit of this is two-fold. On the one hand, it offers ample career opportunities for current and prospective caregivers working in Canada, and on the other, it’s designed to offset the predicted labour shortages in these respective employment markets.

Applications for these positions are slated to process within six months. The major perceived downside to the revisions of the country’s longstanding Caregiver Program, one that has been in place for decades, is that instead of everyone gaining universal residency status after working two years; the new changes limit the number of applications for permanent residence to a total of 5,500 each year, divided equally into both streams. The first stream is for those providing childcare services and the other for individuals tending to people with medical needs.

How to Apply for a Permanent Resident Card

How Can I Sponsor My Grandparent?

Who Will Benefit From the Strengthening Canadian Citizenship Act?