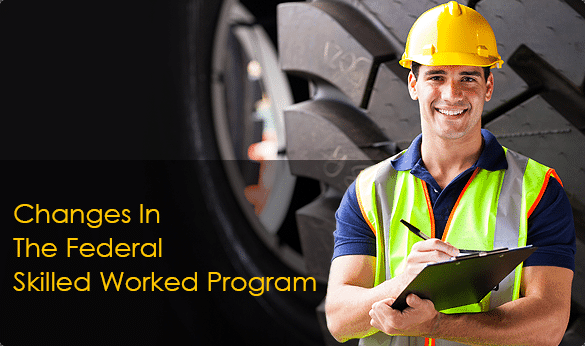 Since May 1 2014 more skilled workers than ever before are eligible to apply immigrate to Canada. This is because Citizenship and Immigration Canada (CIC) implemented changes to their Federal Skilled Worker (FSW) program. The FSW program has historically been the most popular path to Canadian Permanent Residency.

The FSW program is intended to supplement the Canadian workforce with in-demand occupations, reflecting the country’s current economic needs.

Applications and occupations increased for the FSW program

Candidates applying under this eligible occupation stream do not need to have a job offer already, though you must, of course, have at least one year paid work experience in your chosen occupation.

Please note, there are no caps for applicants with valid job offers.

This year (2014) is the last anyone will be able to apply under the FSW program. These new FSW rules apply only until the CIC’s new immigration selection system is launched in 2015. The proposed new system, known as Express Entry, is intended to improve processing times and attract skilled workers needed for economic growth. $14 million will be invested in the Express Entry over the next 2 years under Canada’s Economic Action Plan.

How to Successfully Get Through a Student Visa Interview

How To Successfully Immigrate To Canada

Sponsoring Your Spouse when you have a Newborn