Appeals to the Refugee Appeal Division 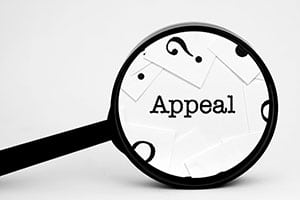 People who made refugee claims in Canada and had their case rejected can in some instances appeal to the Refugee Appeal Division (RAD). The RAD is an independent tribunal which will review the negative decision and can overturn the decision and refer it back to the refugee protection division for re-decision, or the RAD can substitute its own decision for that of the RPD. While the RAD has the authority to conduct a hearing where necessary, generally speaking this type of appeal is made on paper only and no personal appearance is required.

What are the Exceptions to who can appeal (i.e., Who Can’t Appeal)?

NOTE: those who fall into the exceptions can still apply for judicial review at the Federal Court.

What is the Procedure?

What are the Grounds for an Appeal?

What if the Minister appeals?

What will be the effect of the decision?

While a refugee claimant does not need to be represented by a lawyer or other counsel in order to make an appeal to the RAD, in practice it would be highly unadvisable to attempt to make an appeal without legal representation. This is because appeals invariably entail complex issues of law and fact that cannot be fully or properly addressed without legal training. The Law Office of Matthew Jeffery has years of experience assisting clients with refugee and appeal matters, and we can assist refugee claimants who require legal representation. Please contact us for further information.