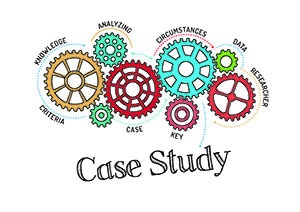 The Immigration Appeal Division (IAD) is part of the IRB (Immigration and Refugee Board), an independent tribunal that was created to oversee immigration matters. It is not part of the federal immigration department (IRCC), nor is it connected in any way to the Canada Border Services Agency (CBSA). Immigration appeals are decided by a judge or “member” of the IAD. The IAD hears different types of immigration appeals where Canadian permanent residents or citizens are involved. These include appeals from refused family sponsorship applications, removal order appeals, and residency obligation appeals.

Permanent residents or citizens of Canada whose application to sponsor a close relative to immigrate to Canada has been refused by the IRCC may appeal the decision to the IAD. Not all sponsorship applications can be appealed. For example, in the case of a parental sponsorship, if the application was refused for misrepresentation then no appeal may be made. A lawyer should be consulted in all cases to confirm the appeal rights existing in each case and to assist with the appeal process.
A family sponsorship application may be rejected for various reasons but for spousal sponsorships the most common ground of refusal is that the relationship is determined not to be genuine. In this type of appeal it is important to gather new evidence showing that the relationship is in fact real. Both the sponsor and the foreign spouse will be allowed to testify at the appeal hearing and can try to address the findings of the immigration officer who rejected their case.

If the immigration authorities issue a removal order against a Canadian permanent resident, for example for having committed a serious crime or for having committed misrepresentation, the affected person can file an appeal to be allowed to stay in Canada and maintain their permanent residence status. However, not all removal order cases are allowed to appeal. Appeals cannot be made when the person is found inadmissible due to a conviction for a serious criminal offense punished by imprisonment of 6 months or more in Canada, involvement in organized crime, inadmissibility on security grounds, or violations of human and international rights.
Foreign nationals who do not have a permanent resident visa cannot appeal a removal order to the IAD. Foreign nationals can instead appeal to the Federal Court if they believe that the removal order was issued in error.
After an appeal hearing, the removal order appeal may be allowed by the IAD and the person permitted to remain in Canada. Otherwise, the person is removed from Canada if the appeal is dismissed. There is also the option of staying the appeal where the person is allowed to stay in Canada under certain conditions.