How to appeal a negative residency determination? 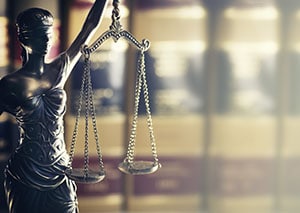 When to file an appeal

Residency obligation appeals involve two parties, the appellant and the Minister’s counsel representing IRCC. Proceedings can be done in the presence of members of the public as well as the media. If the appeal is allowed, the appellant is then allowed to maintain his or her permanent resident status. If the appeal is denied, the person will finally lose their permanent resident status.
A decision of the IAD may be appealed to the Federal Court of Canada by either the appellant or the Minister’s counsel. The court then performs a judicial review of the IAD decision and then chooses to either dismiss the application or return the case back to the Immigration Appeal Division for hearing.

What to expect during the appeal hearing

An IAD member is the one who will decide your appeal. There will also be a Minister’s counsel from the Canada Border Services Agency during the hearing to provide substantial evidence and make solid arguments against your appeal. You as well as the Minister’s counsel are allowed to have witnesses testify for you. You may ask for an interpreter to be there for you during the hearing. Members of the public can also attend the hearing. If you have received an appeal hearing date but are not ready for that date, you must make an application in writing to change the date or time of your hearing stating clearly why you need to make that change.
If you have legal counsel, expect arguments or submissions in your case to be made after you and other witnesses have testified. Witnesses like relatives can be asked to testify via telephone if they are in a different country. Your counsel may question the witnesses and the IAD member may also ask questions. After the hearing, the IAD member can give reasons for the decision immediately or send it to you via mail at a later date.