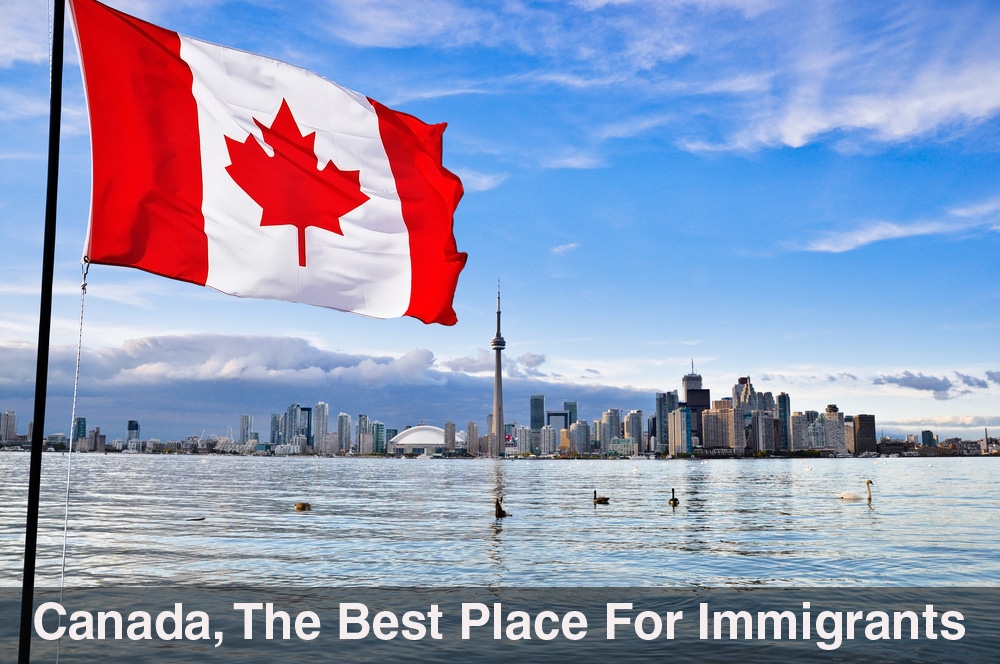 Canada has become one of the most popular destinations for immigrants. Its reputation as a diverse and economically stable country has led to an increase in the number of immigrants who call it home.

Among the OECD nations, Canada has one of the highest immigration rates, with numbers of approximately 0.7 percent of the population immigrating each year. That’s about 250,000 new immigrants per year, which doesn’t include about 200,000 temporary foreign workers and 100,000 students. Plus the employment rate for those immigrating to Canada has continued to rise since 2008.

Along with the federal and provincial programs for immigration that are available, the following are the biggest reasons that make Canada a great place for immigrants.

In the wake of an unstable U.S. economy, many immigrants are now looking to other countries for new opportunities. Canada has been ranked as one of the most vibrant and efficient markets for labour.

Many have predicted that its 2015 budget will be more balanced than countries such as France, the United States, Italy, and Japan. This is a sign of a strong economy that offers the prosperity and mobility that immigrants are looking for.

Canada has a strong reputation for its openness to immigrants. There are no anti-immigration political parties. This underscores the progressive attitudes of Canada, and sets it apart from other destinations that immigrants might consider.

This has influenced the world’s view of Canada. A large proportion of the world’s population recognizes Canada as a nation that respects freedoms and individual rights, welcomes immigrants, tolerates differing races and cultures, and offers a high quality of living.

Immigrant parents value a high level of education for their children. Canada’s affordable education system has contributed to its appeal to immigrants. It is considered one of the best educational systems in the world, and is easily accessible due to its affordable costs.

For parents immigrating to Canada, the high standards of its education provide future opportunities to their children that they might not otherwise have access to. Canadian diplomas and certificates are viewed by many as equivalent to those of the U.S.

This has increased the number of immigrant students in the country. It has increased the level of academic talent that Canadian companies look for in their own development efforts, and further stimulates a strong economy.

Immigration to Canada continues to rise, as the world recognizes the many benefits it offers. With a strong economy providing numerous opportunities and a culturally diverse population, many foreign-born citizens have reaped the rewards of immigrating to Canada. Its educational system makes it attractive to immigrants, and has laid the foundation for future innovation and progress for all of Canada.

What Are The Quebec Investor Category Requirements?

How to Successfully Get Through a Student Visa Interview

What Crimes Can Disqualify You From Canadian Immigration?