What to do if your Canadian immigration application is refused

Any type of refusal by the immigration authorities may be appealed in court in Canada.

These appeals will be made either to the Federal Court of Canada, or in certain types of cases, to the Immigration Appeal Division.

If your immigration case has been rejected and you wish to know whether you have good chances of success on appeal, please send the decision to our office e-mail: [email protected] Attach a letter or e-mail briefly explaining why you think the decision is incorrect, and give us your return e-mail address. We will review the decision and get back to you to describe your appeal options and chances. There is no fee for this service. All information provided will be kept strictly confidential.

Contents of this page:

Any immigration decision may be challenged by way of Judicial Review in the Federal Court of Canada. As examples, a decision made by a visa officer to refuse a skilled worker application, or a decision of a citizenship judge to reject a citizenship application, are both reviewable administrative decisions. This means that the Court can review the decision to decide whether it was lawfully made. Issues the Court will consider include whether the decision-maker acted legally and within jurisdiction, whether the decision was made using a fair procedure, and whether the decision was reasonable in light of the evidence. It is not necessary for the applicant to be in Canada or to appear before the Court in person, the case can be managed entirely by Mr. Jeffery’s office including any appearances at the Court.

If the Court decides that the decision was not properly made, the case will be sent back to be re-decided by a different decision-maker. This type of appeal to the Court must be made within strict deadlines, generally 15 days of a refusal made in Canada, or 60 days of a refusal made outside Canada, so it is important to act promptly to preserve your appeal rights. 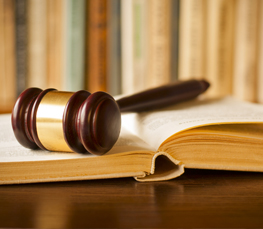 If your citizenship or immigration application has been delayed far beyond normal processing times you may wish to bring an appeal to the Federal Court seeking an order of Mandamus compelling the making of a decision. Matthew Jeffery’s law office has years of experience successfully assisting clients to pursue this remedy.

Appeals to the Immigration Appeal Division

In certain types of immigration cases a negative decision can be appealed to the Immigration Appeal Division (IAD) of the Immigration and Refugee Board, which is an independent administrative tribunal. Such appeals are available to those who are citizens or permanent residents of Canada, or persons who have been granted refugee status.

Usually an appeal must be made within 30 days of the negative decision so in these situations it is important to act quickly in order to preserve your appeal rights. The types of cases which can be appealed to the IAD include:

Persons who appeal to the Immigration Appeal Division must attend a hearing, either in person or by teleconference. Appellants will be permitted to present new evidence in support of their case, may personally testify, call witnesses, and be represented by a lawyer.

The IAD will consider whether the negative decision was legally made, and may also consider Humanitarian and Compassionate factors related to the case. If the IAD decides that the decision was wrongly made, or there exist sufficiently compelling Humanitarian and Compassionate factors, it will overturn the original decision and send the case back to be re-decided in accordance with its findings. If the IAD dismisses the appeal, a further appeal of the IAD’s decision may be made to the Federal Court.

The Law Office of Matthew Jeffery has years of experience successfully assisting clients before the Immigration Appeal Division. If you need to appeal a decision of the immigration authorities, please contact us for further information.

Get Professional Help
We’re Here to Serve You Better

When a citizenship application is denied, the applicant may appeal by way of an application for leave and judicial review at the Federal Court. This appeal must be initiated within 30 days of receiving the decision. The process involves two stages.

If the Federal court grants leave, the application for judicial review will proceed and the court will set a hearing date and give both parties a time frame to prepare. At the hearing the court will listen to the oral arguments from both the applicant’s lawyer and the citizenship department’s lawyer, then will decide the matter. If the judge finds that the citizenship authorities made an error, then the decision will be overturned and the case sent back to the citizenship department to re-decide it. An immigration appeal lawyer Toronto can help the applicant to serve and file their affidavits, prepare strong arguments and attend the hearing to argue the case before a judge.

Who can file an application for judicial review?

Appeal to the Federal Court of Appeal

Appeal to the Supreme Court of Canada

A decision of the Federal Court of Appeal may be subject to further appeal to the Supreme Court of Canada. An application for leave must be made and may be granted in cases that raise an issue of public importance. Once leave is granted, an appeal is made to the Supreme Court to review any final or other judgment made by the Federal Court of Appeal. The applicant has 60 days after the date of receiving the final judgment of the court of appeal to file the notice of application for leave to appeal with the registrar at the Supreme Court. A qualified immigration appeal lawyer Toronto can provide the legal assistance needed to prepare for all types of appeal.

If you are subject to revocation proceedings, please contact us so that we may assess your situation and advise you as to how we can best defend you.

The Procedures in a Residency Obligation Appeal

Residency Appeals – So, you were not in Canada for enough days

Procedural Fairness and Postponements at the Immigration Appeal Division

Is there Interview for Canada PR

I have received a letter from the immigration authorities expressing concerns with my application – what should I do?

How to win a spousal sponsorship appeal

How to overcome criminal inadmissibility

How to Appeal a Removal Order?

How to appeal a negative residency determination?

How long does an appeal before the Immigration Appeal Division take

How long does a Federal Court appeal take?