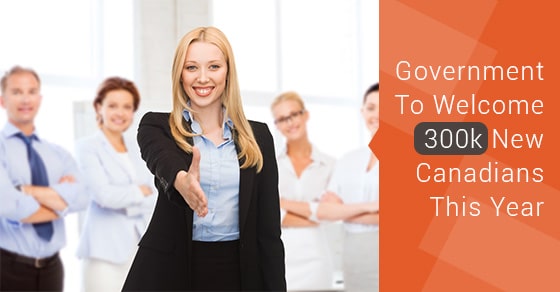 Canadian Immigration Minister John McCallum is already tapping 2016 to be the year of immigration. With the highest number of projected admissions into Canada in decades, according to McCallum, this year will see up to 305,000 newcomers settle into the country to enjoy a better life.

Immigration is divided into three classes in Canada; economic, family and refugees and the Liberal government seeks to address each with its new immigration plan. The plan details the emphasis on family reunification and helping parents, children and grandparents reunite with their loved ones who have already settled in Canada.

Under the new plan, the Liberal government also aims to address the backlog of applications and speed up the process to allow for people to immigrate to this country quickly and more effectively. Application delays were a major hindrance in the past when it comes to immigration, and the new plan hopes to shorten the time period between application and acceptance into Canada.

The Liberal government has broken down the 305,000 newcomers into four different blocks. Caregivers, provincial nominee,s and skilled worked makeup 151, 200 to 162,400 of the economic refugees that Canada will be accepting. These people are essential to Canada’s economic growth and help strengthen our economy.

About 75,000 to 82,000 spouses, partners, children, parents and grandparents are to be admitted as part of the family reunification aspect of the Liberal’s plan. As for refugees, protected persons and people admitted for reasons of humanitarianism, Canada will see between 51,000 to 57,000 people allowed into the country.

Finally, 18,000 privately sponsored refugees will be granted admittance to Canada.

The Canadian Government is Still Focused on Syria

Under the new immigration plan, the federal government has not turned its back on Syrian refugees and remains committed to accepting more people who are fleeing persecution. Syrian refugees fall in with the 51,000 – 57,000 thousand people outlined in the plan breakdown above.

You may be eligible to be one of the 300k newcomers and be granted admittance to Canada. Or, if you are already living in Canada, you could be reunited with your family members quickly once they apply under the new immigration plan. For more information about the Liberal government’s new immigration plan, and how you can immigrate to Canada, contact Matthew Jeffery.

How Has The Federal Skilled Worked Program Changed?

How Does Bill C-24 Propose to Change Canada’s Citizenship Act?

Can You Sponsor Your Spouse After Bankruptcy?