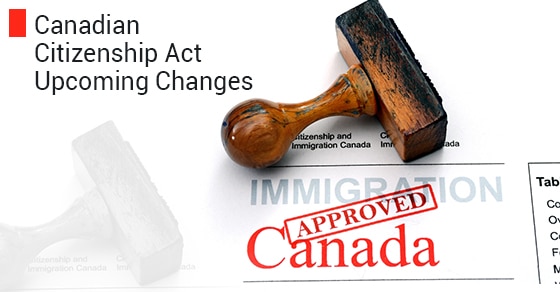 One area that many older immigrants to the country struggle with is the need to speak English or French to a relatively highly level in order to be approved for immigration. Residents of many countries struggle with these requirements after spending the majority of their lives speaking their native language.

Another important development within Canadian immigration law is that the Liberal government are considering eliminating the government’s right to remove citizenship of dual citizens. Under Prime Minister Stephen Harper, the Conservative Government introduced bill C-24, which granted the government the power to revoke a dual-citizen’s Canadian citizenship if they were convicted of crimes such as spying, high treason or terrorism-related crimes.

Length of Time in Canada for Citizenship Requirements

Another of the changes proposed by the Liberal government is a change in the amount of time adults are required to be in Canada before applying for citizenship. Under the current law, permanent residents must have been in the country for at least four of the last five years, before they begin their citizenship application. The new law will bring this requirement down to three years in the last five years, thereby opening citizenship up to a range of residents.

The evolving nature of Canadian immigration laws means new residents must work with an immigration specialist to ensure they meet the latest requirements. To learn more on the latest changes to the Canadian Citizenship Act, speak with Matthew Jeffery directly.

Citizenship Act amendments positive, but should have gone further

Although he welcomes recent amendments to the Citizenship Act that revoke the “draconian security provisions” formerly in place, the changes should have also taken a recent Federal Court decision into account, Toronto immigration lawyer Matthew Jeffery tells The Lawyer’s Daily.

As the article notes, Bill C-6, an act amending the Citizenship Act, passed on June 19, with some amendments coming into force immediately, and others being rolled out this fall and at the start of 2018.

The amendments that take effect now include the repealing of the provision that citizenship could be withdrawn from dual citizens convicted of spying, treason, or terrorism.

The security revocation provisions “unnecessarily duplicated existing criminal law prohibitions and threatened Canadians with potential banishment by stripping them of citizenship, something the state should never be allowed to do for those born in Canada, or those who legitimately obtained Canadian citizenship after immigrating,” says Jeffery, who operates the immigration-focused Matthew Jeffery Barrister & Solicitor office in Toronto.

“However, I wish that the Trudeau government had gone further and amended the Citizenship Act in light of the Federal Court’s decision in Hassouna [Hassouna v. Canada (Minister of Citizenship and Immigration) 2017 FC 473], which was rendered on March 10, 2017, and not appealed by the government, and specifically requires the government to provide due process for citizenship-by-fraud revocation cases, including consideration on humanitarian and compassionate grounds.

“I see nothing in the amendments that incorporates the court’s findings in this regard, and this is disappointing,” adds Jeffery.