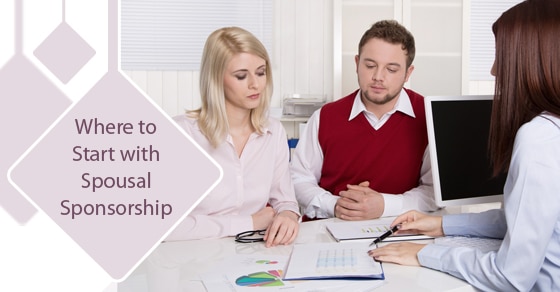 When it comes to prioritizing which individuals are allowed entry into Canada, the Government places the spouses of permanent residents and citizens at the top of the list. As such, the processing times for these types of applications are often rushed, with very few restrictions compared to those of other immigrants.

The reasoning is simple and straightforward; Canada places a high value on the family unit, and recognizes the importance of spousal interdependence on an economic, social, and cultural level.

In years past, only husband and wife could sponsor one another, but with recent legislative changes and the corresponding recognition of same-sex marriage in the country, sponsorship requirements are now more lax and cover spouses in a wide array of relationships (e.g. same-sex, conjugal, and common law). The definition of the family has grown to accommodate these partnerships on a legal level.

What Are The Conditions For Sponsorship Must Be Met?

As long as the sponsoring spouse is of legal age (18 in Canada) and their relationship meets certain characteristics recognized by the government’s immigration personnel, he or she can fill out an application. Since marriage is a legally recognized institution, informal spouses are required to pass extra conditions so to speak. A few of these include:

The above list is not at all exhaustive; contact the immigration department for a full list of required criteria for spousal sponsorship. After a couple has been deemed worthy of sponsorship, each partner must sign an agreement stating they recognize the responsibilities and obligations bestowed upon them in the relationship.

Bear in mind that if you are a foreign national spouse, you will not be allowed to work in Canada until you and your partner’s sponsorship application has been fully approved and processed. The government does provide exceptions in some instances, which is why it is important to discuss your particular situation with a licensed Canadian immigration attorney.

How to Write a Good Supporting Letter for Sponsorship