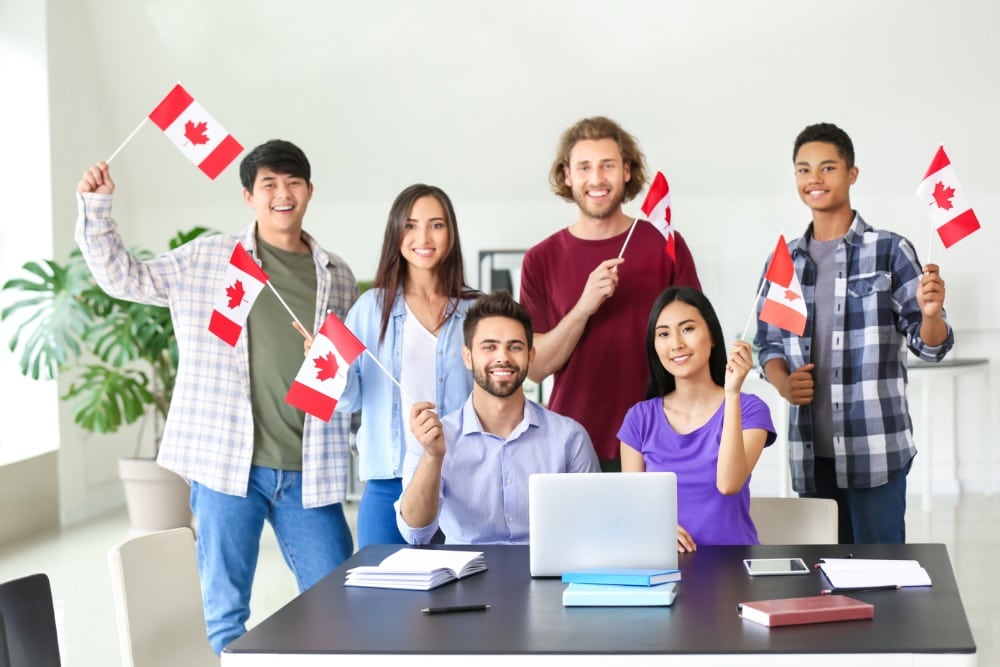 Though the federal government is right in its new strategy to attract international students to Canadian learning institutions, there’s an urgent need to make fundamental changes to the study-permit evaluation process for the new program to be successful. Matthew Jeffery, a Toronto immigration lawyer, agrees that international students are the ideal candidates for citizenship. However, he raises a genuine concern regarding the federal government’s pre-screening test that attempts to weed out individuals who intend to stay in the country after they graduate.

According to Immigration and Refugee Protection Regulations’ S.216, 1B, the Canadian visa authorities can only issue a study permit to a foreign national if, after an examination, it’s established that he or she will leave the country by the end of the time authorized for their stay. Jeffery firmly believes that there are programs in place to encourage students to remain in Canada, get a post-graduate work permit, and probably apply for permanent residence in the country through the skilled worker category or Canadian Experience Class. Unfortunately, numerous people who apply to study in Canada are denied entry due to this clause.

Sure, the clause is an integral part of the immigration law, but such regulations were drawn before the creation of Canadian Experience Class program. There were no post-graduate work permits issued and the overall concept of international student revolved around an individual who would enter Canada to study, and leave after graduation.

However, over the last few decades, the importance of allowing international students to transition to permanent residence in the country has been recognized. Jeffery explains that the time is now for the federal government to revise the international students’ program and eliminate this contradictory clause in the screening process. That way, studies from the various cultures such as India, China, and others who value education and are encouraged to continue schooling as far as possible, can always find Canada as a great place to study and pursue their careers.

The federal government is on the right track in launching a new strategy to attract international students to Canada, but a fundamental change needs to be made to the study-permit screening process for it to be successful, says Toronto immigration lawyer Matthew Jeffery.

“This new strategy is real recognition of the huge economic benefits international students bring to Canada,” says Jeffery, who operates the immigration-focused Matthew Jeffery Barrister & Solicitor office in Toronto. “Since they are paying three to four times the tuition rate than their Canadian peers, international students give colleges and universities vital funding to improve their courses and services, which benefits everyone.”

According to a statement from Ahmed Hussen, minister of Immigration, Refugees and Citizenship, more than 721,000 international students studied in Canada in 2018, “sparking new ideas, strengthening innovation and building people-to-people ties that are crucial to international trade and the global economy.”

Since most of the students are young and are obtaining Canadian educational qualifications and in-demand labour skills, “they are often ideal candidates for permanent residency,” Hussen states. “In fact, nearly 54,000 former students became permanent residents in Canada in 2018.”

While agreeing that international students are ideal prospects for citizenship, Jeffery questions why a federal pre-screening test tries to weed out those who want to stay here after they graduate.

He points to s. 216, 1B, of the Immigration and Refugee Protection Regulations, which states that a visa officer shall only “issue a study permit to a foreign national if, following an examination, it is established that the foreign national … will leave Canada by the end of the period authorized for their stay.”

“The onus is on someone applying for a study permit to show that they are going to leave Canada at the end of their studies despite the fact there are programs in place to encourage students to remain in Canada, obtain a post-graduate work permit and then apply for permanent residence in Canada through the Canadian Experience Class or the skilled worker category,” ” Jeffery says.

Because of this clause, numerous qualified people who apply to study in Canada are refused entry, he tells AdvocateDaily.

“These regulations were drawn up at a time when there was no Canadian Experience Class, there were no post-graduate work permits issued, and the understanding of an international student was someone who would come here to study and then leave,” Jeffery says.

“But in the last few decades, the tremendous benefit of allowing foreign students to transition to permanent residence in Canada has been recognized,” he says. “So now’s time to get rid of this contradictory clause in the screening application, and encourage foreign students to find work here after they finish their studies.”

If people want to come to Canada to study, Jeffery explains, the application process is straightforward; they must show they have been offered admission to a designated Canadian college or university and they must have sufficient funds to cover their tuition fees and living expenses.

“It shouldn’t be too difficult to assess who’s qualified to come here, but this requirement to show they’re going to leave Canada at the end of their studies creates an impossible evidentiary burden on the applicant and allows for arbitrary refusals,” he says.

Jeffery says the Canadian economy directly benefits from international students, who not only pay higher tuition rates to our public universities but also contribute to the economy by spending money to live here.

“This type of person — who comes to Canada at a young age, learns a Canadian education, obtains a work permit and then attains permanent residency by being a skilled worker — is truly the ideal immigrant,” he says. “They are already fully integrated into Canadian society by the time they obtain permanent residence, and their long-term prospects are excellent because they’ve already got all the background they need to flourish in Canada.”

According to the federal statement on the new education strategy, one of its goals is to diversify where Canada gets its international students. Currently, 50 per cent arrive from India or China.

While agreeing the government should welcome eligible students from all countries, Jeffery says it is easy to understand why these two nations — each with populations exceeding 1.3 billion — dominate Canada’s international student population.

“Certain cultures, such as India and China, value education more than others, with children there highly encouraged to continue their schooling as far as possible, and many of those will view Canada as a great place to study and start a career,” he says.

Matthew Jeffery: Immigration Department’s use of AI to make decisions ‘unfair’ and ‘unlawful’