How can I find out if my application is affected by the change in the age of dependents? 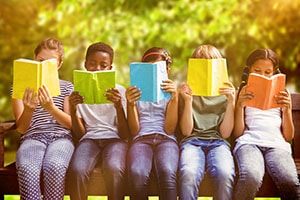 The IRCC has changed the age at which the sponsorship obligation period ends for a dependent child. Only children who are under the age of 19 are considered dependents for the purposes of immigration. Formerly, the IRCC allowed children under 22 years to be eligible for sponsorships as dependents. This was effective from August 1, 2014. This age limit applies to the children of the sponsor or dependents of the sponsor’s spouse, a conjugal partner or common-law partner. The age limit also applies for sponsor’s children to be adopted in Canada.

The new guidelines are as follows:

After changing the definition of a dependent child, the IRCC still allows applicants who are above 19 years old to apply to immigrate to Canada through other immigration programs. For instance, applicants above 19 who are full time students are no longer considered dependents but can apply to come to Canada as foreign students.
Age is not considered by the IRCC when a child has depended on their parent for financial support before the age of 19 and when the child depends on their parent due to a physical or mental condition. For immigration programs that are processed in steps, the definition of a dependent child will depend on the step of the program that your application is in.
For instance, if your application was received before August 1st 2014, your child’s age is only locked after IRCC has received your application for permanent residence. Furthermore, your child must meet the terms of the former definition of a dependent child in order to be approved as a permanent resident. For applications that are received after August 1st 2014, the new change is applied from the first step of the immigration process.

How to check if your application is affected

To determine whether your application is affected by this change, you can use a tool in the IRCC website that provides details depending on the immigration program. For you to use the tool, you must first find out if your application has been received by the IRCC. There are a few additional details under each program that you must provide.
The online tool is simply a guide that shows you if your application is affected by the change. The IRCC will still review each case and application in detail to make a decision on whether they still consider your child(ren) as dependents. The ultimate decision lies with the immigration officer who reviews your case.

A Dependent Child Must be 21 and Below to Be Sponsored

Do You Face Deportation if a Spouse Divorces You Prior to Being Granted Permanent Residence?

The Canadian Family Sponsorship Program – How it Works

Understand the Basics of the Dependent Child Sponsorship Program

How Do I Sponsor My Partner into Canada?

How Long Does Partner Sponsorship to Canada Take?

Partner Sponsorship When You Live in Canada

Sponsoring a Partner When You’re Living in Canada

When Partner Sponsorship to Canada Is Declined

What Does Canada Consider a Common Law Partner?

What Are the Requirements for Canadian Partner Sponsorship?

The Process of Application for Partner Sponsorship in Canada

How can I check the status of my application?

How do I make sure that my application is not delayed or returned?

How do I withdraw my application for family sponsorship?

How can I find out if my application is affected by the change in the age of dependents?

How can I check if my application has been received?