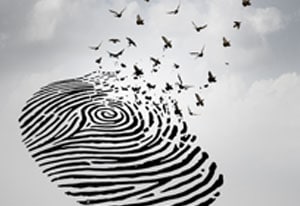 It can be a frightening experience to receive notification from the government that your citizenship could be revoked. Chances are, you’re unfamiliar with the process and don’t quite know what your first move should be. It’s always a good idea to get help from someone who understands the system, like a citizenship revocation lawyer.

Let’s take a look at some of the situations or issues that could have warranted your revocation letter.

The Strengthening Canadian Citizenship Act, which was passed by the former Conservative government, details situations in which your citizenship could be lost.

Your Canadian citizenship could be revoked if:

You obtained your citizenship under false representation or fraud or by knowingly concealing material circumstances.

If you have dual citizenship, you can lose your Canadian citizenship if:

The final decision on revocation of your citizenship will be made by the Minister of Citizenship and Immigration, which is the result of a new amendment to the Citizenship Act. Formerly, certain cases were adjudicated by the Federal Court.

If you have received notification of the intent to revoke your citizenship it is because the minister has deemed there is an issue. Receipt of such a notification warrants a call to a citizenship revocation lawyer.

Once you have been notified, the next step is for the case management branch of the Immigration, Refugees and Citizenship Canada to look over the evidence they have collected related to your case and then to decide if the accusations are valid.

At this time, you or your lawyer are allowed to make a written reply to the accusations. It’s possible that a hearing may be called for if there is some question as to the evidence on either side. Once the Minister has made a judgment, you’ll receive a Notice of Decision.

During the process and until a final judgement has been reached, you will retain all the rights and privileges of citizenship, except one. You may not apply to renounce your citizenship once you have received notice of the intended revocation of your status.

If the Minister decides to revoke your citizenship, you will lose the rights and privileges of Canadian citizenship. This loss will go into effect on the date that the decision was made.

Depending on the reason for the revocation, there are a few differences in the consequences:

More serious crimes, such as war crimes, crimes against humanity, terrorism, espionage, or other threats to national security, will be dealt with by the Federal Court.

The same is true of citizens who were a part of a foreign military or another group that was at war against Canada.

Any time that citizenship is revoked, an appeal can be made to the Federal Court within 30 days. You should contact a citizenship revocation attorney to help with this process or any other citizenship issues that arise.